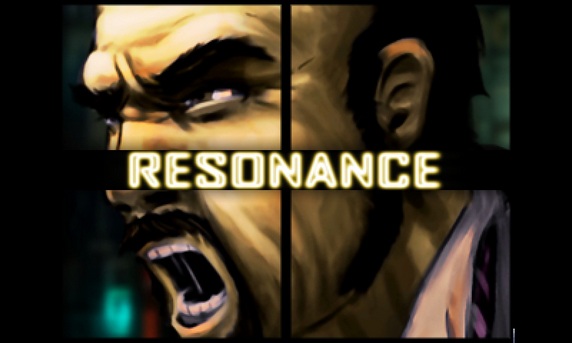 Resonance starts off with a bang, sort of. A faux news report shows live footage of twelve simultaneous attacks from around the world; mysterious explosions that have rocked major international population centers. The reporter draws the connection between these explosions and a similar one that happened “Sunday morning.” We then flash back to shortly before that time, to a half naked man being woken up by a telephone call, at which point you are handed the reins. 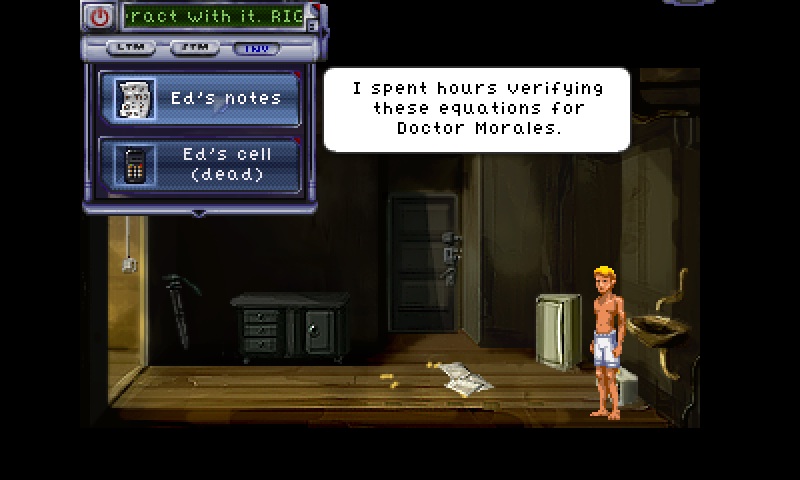 Resonance is the latest  point-and-click adventure  from Wadjet Eye Games. You’re given control of up to four different characters–the number varies as the plot progresses–and take them through a quest to prevent a potentially dangerous new technology from falling into the wrong hands.

The production values are excellent all round. The art and animation  is beautiful (if you like pixels), and the audio—voicework, sound effects, music—are all top-notch. But the real star of the show is the story. It is well written, engaging and mature, but not in that stupid “Rated M for Mature” manner. Rather, it’s mature in that morally ambiguous way, where there is no “right” or “wrong.” The decisions you make by the end of the game will not leave you feeling happy and fulfilled over a job well done. Rather, it’ll leave you unsettled, with no one experiencing a happily-ever-after. That’s good drama, for sure. 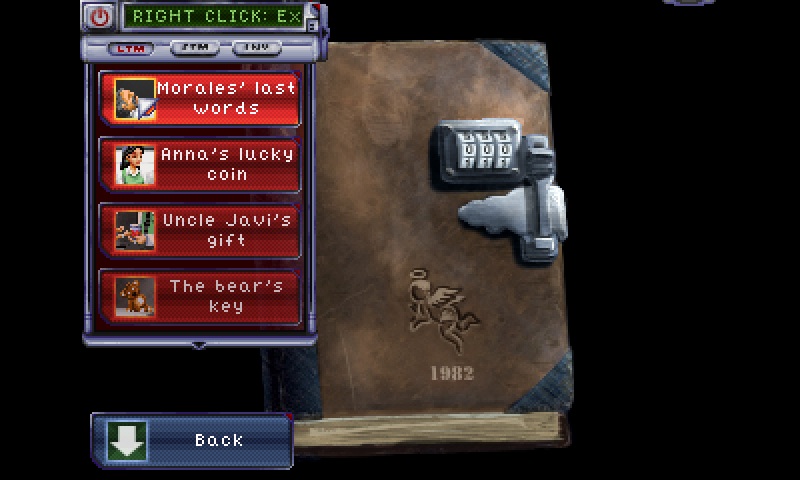 The gameplay that supports said story isn’t too shabby, either. It’s traditional point-and-click stuff, so you’ll use your mouse to poke around a scene interacting with things via left click and looking via right. Hotspots are easy to pick out for the most part but tiny objects remain a pain for example, in the very first scene you need a key, which I had a very hard time finding because the blob of pixels representing it looked like background decoration. Thankfully, things like this happened very infrequently.

Also annoying, but also infrequent, are the timed/sudden-death sequences that pop up every once in a while. I have no idea why adventure-game designers insist on including these in their games, because they never add anything but frustration to the experience. Like I said, however, these don’t happen very often, so they were only temporary inconveniences. 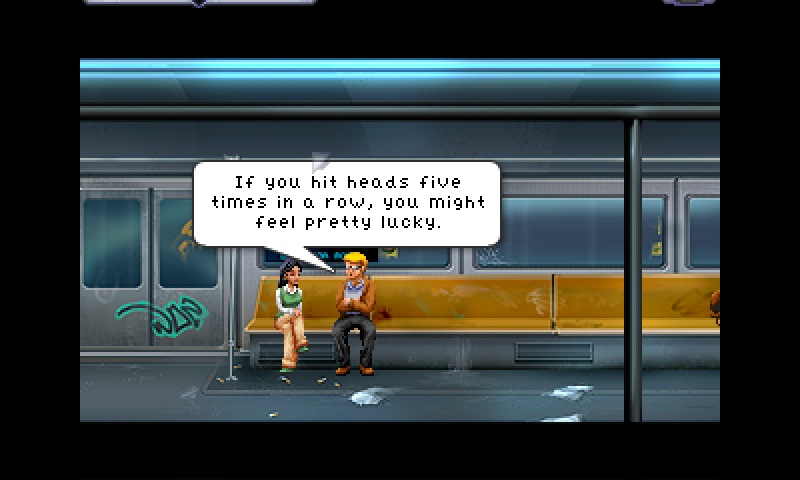 The short term/long term memory system is a more frequent issue, though. How it works is as follows: you have a long-term memory system that stores important plot points that come up during play; you also have a short-term memory that you can drag any hotspot on screen into; the only way to talk to people about things other than the weather and your inventory is to have those topics in either memory. It’s an unique system, for sure, but feels like an unnecessary kludge.

For example, early on my character had to convince someone that he was a computer maintenance person. Now, the character knew he had to do this because it was literally on a to-do list in his inventory but, despite this foreknowledge, he refused to say “I’m here to fix the computer” until I dragged the computer into his short-term memory. It is a pointless hoop that doesn’t make sense logically or thematically. If the story centered on memories in some way, the system would be acceptable. But Resonance’s tale is not about memories, it’s about particle physics, so what’s the point? Plus, if you forget to put something into short-term memory, which I did many times, it creates some annoying backtracking sessions that detract from the experience.

Conclusion – Is It Worth The Money?

If Resonance cost more than $10, I wouldn’t recommend it. Despite the strength of the writing and the story, the sudden death sequences and annoying memory system make it not worth the cash. Fortunately, it is $10, and I can give Resonance a total recommendation. You do get used to the quirks after a while, and the story is definitely something worth experiencing.